I am currently developing web content for the Tennessee Historical Society‘s new website, which will go live in early 2017. I am writing the content for the website itself, as well as blog posts and material for social media. I also built the organization’s temporary website.

Along with Julie Davis, I am developing a digital history/public history glossary for public historians which will be part of the National Council on Public History’s website. The project started at a THATcamp session in 2015 when I commented to Cathy Stanton that the most frustrating thing about doing digital history was trying to learn the jargon.

From July 2015 to August 2016 I was a digital research fellow for the Center for Historic Preservation at MTSU’s Southern Places Initiative, a partnership with Walker Library. Southern Places uses the CONTENTdm platform to support a digitized archive of the Center’s 30 years of material collected during fieldwork.

My project included developing metadata and uploading material for the thousands of images we collected during research in Selma, Alabama. 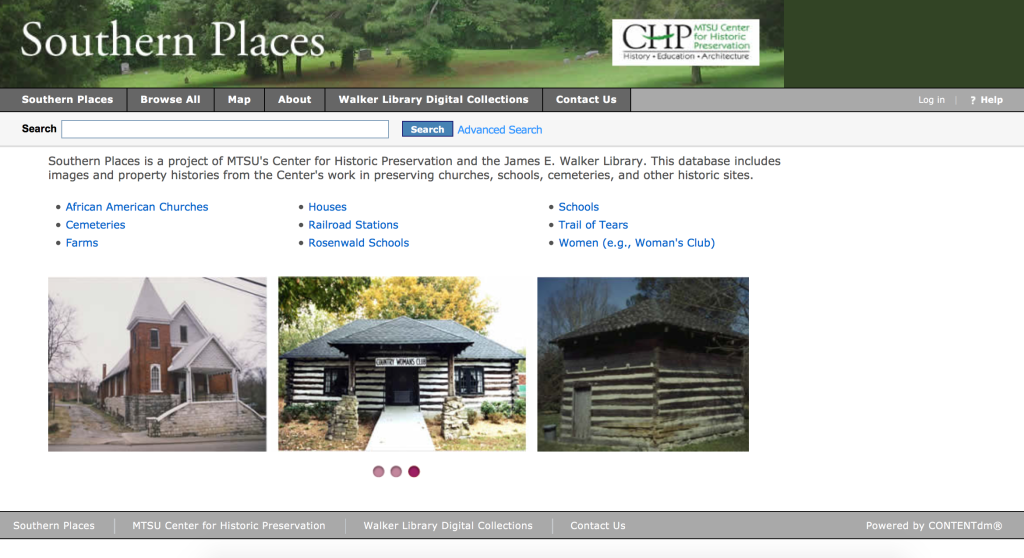